University of Hawaii at Manoa, J.D.

Hawaii State Bar AssociationU.S. Court of Appeals for the Ninth CircuitU.S. District Court for the District of Hawaii

Aaron is widely considered one of the top young trial attorneys in Hawaii. He is a passionate advocate for persons injured or killed by the misconduct of others and always conducts himself with integrity and fairness – the same qualities on which Leavitt, Yamane & Soldner have built their practice on. In pursuing full compensation for his clients, Aaron strives to outthink and outwork opposing parties, their insurers, and their attorneys. He believes that every client, no matter the size of their case, deserves an attentive and responsive lawyer.

Aaron was born and raised in Kailua, Oahu, and is a graduate of the University of Hawaii’s William S. Richardson School of Law. He lives in Kailua with his wife and two kids.

Aaron is also an accomplished outrigger canoe and kayak paddler. He has achieved successful results in coastal and open ocean races throughout Hawaii, the mainland, Canada, Australia, and Tahiti. Aaron has found that many of the traits that help him excel as a paddler translate to the practice of law: preparation, teamwork, and perseverance. The same competitive drive that pushes him across the Kaiwi Channel in a one-man canoe pushes him in the pursuit of justice for his clients. 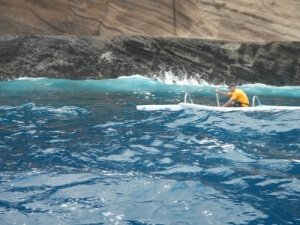 Wish to discuss your case with